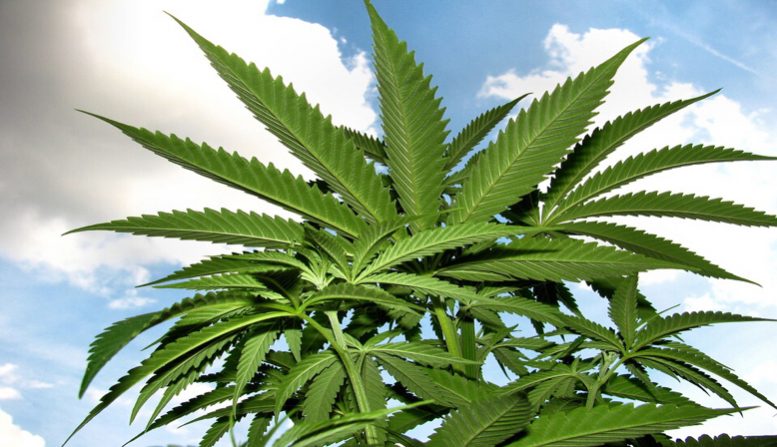 The food industry is governed by trends and fads. From whole foods to organic and gluten-free, consumer preference is forever evolving, catalysed by research in food science. About a decade ago, we were introduced to antioxidants and foods containing bioactive molecules.

This led to the emergence of ‘super foods’. Nowadays, one particular bioactive molecule is generating a lot of ‘buzz’. This article from our guest blogger Peter Chen explores this controversial area. Peter is a recent graduate from Guelph University’s PhD program in food science and has published other articles about marijuana on the Canadian published webiste, Lift.

Tetrahydrocannabinol, better known as THC, is the main psychoactive molecule in marijuana. There are also other compounds in marijuana, particularly cannabidiol or CBD, which has shown medicinal properties with clinical reports showing a lack of side effects and psychoactivity.

The use of marijuana originated thousands of years ago, however due to stringent regulations, research has been stifled. With loosening of policies in both Canada and the United States, there has been a surge in interest in the effects of this age-old plant and with it, a boost in opportunities for food scientists.

The Difference between Hemp and Marijuana

The early 20th century saw the first restrictions on the sale of cannabis in United States and Canada. Tangled up in this dragnet that prohibited the production of all strains of cannabis was hemp. Mainly used for its fibres, hemp contains only trace amounts of THC thereby eliminating its psychoactive effects.

In Canada, increased interest in the cultivation of hemp in the 1980’s and 1990’s led to amendments in laws that culminated in the issuance of licenses permitting the production of industrial hemp for commercial purposes. So far, only 16 states in the United States are allowed to grow industrial hemp. In 2014, a Federal Legislation has allowed growing hemp for State managed ‘Research Program’ through the Department of Agriculture or a University.

One of the biggest challenges facing expansion in the hemp industry in the US is inability of government and financial institutions to distinguish between hemp and marijuana. While both have their merits, hemp should be viewed as a functional food possessing many potential health benefits.

In come the Food Scientists

In order to prove the nutritional value of hemp, food science research will be pivotal. Prohibition has created this vacuum of knowledge that is now presenting itself as a treasure trove for researchers. Hemp seeds can be eaten raw, ground into flour and even made into a liquid and used as hemp-seed oil or hemp milk.

Hemp seeds are rich in essential fatty acids and healthy fats such as polyunsaturated fatty acids. Its protein composition is also rich in many amino acids giving it an amino acid profile similar to that of meat, milk, eggs and soy. While its nutritional composition would give it functional food and super-food status, empirical research on the strict mechanism leading to these health claims would need to be sorted out.

Graduates in food science with some knowledge of analytical chemistry and biology should look towards government health agencies (i.e. Agriculture and Agri-Foods Canada) for research opportunities. Processing of hemp seeds into various products should also expect to see an increase in demand and this will open up further opportunities for careers in research and development.

In Canada, use of medicinal marijuana is now legal. Patients with a prescription for marijuana can order their medication online from licensed producers. Recent amendments to legislation even allow the production and sale of derivatives in the form of marijuana oil. The dried marijuana flower is typically ingested through inhalation after combustion.

This, of course, poses potential health risks associated with smoking of the organic material. Canada, under Justin Trudeau, plans on legalizing marijuana for both medicinal and non-medicinal use as of Spring 2017. Therefore processing of marijuana into oils, tinctures and capsules provides a healthier alternative for patients.

In the United States, states such as Alaska, Colorado, Oregon and Washington have passed legislation that fully legalizes marijuana for both medicinal and non-medicinal use. Many other states are now seeing laws that decriminalize the use of marijuana and only a few still impose a full prohibition on cannabis.

Opportunities for food scientists are abound in this industry.

This shift in legislation across North America has resulted in the emergence of budding industries providing alternative forms of ingesting marijuana. From marijuana-infused coffee pods to a plethora of drinks and teas, companies are getting creative in their attempt to satisfy the growing recreational marijuana market. In Colorado, 4,815,650 units of edible marijuana products were sold in the first year of recreational pot sales in 2014. This has contributed to $700 million in annual sales in the state of Colorado alone!

Developing extraction methods for active compounds in marijuana is a critical first step in producing edibles. Terpenes are responsible for the unique smell and taste of marijuana but are also extremely volatile. Meanwhile cannabinoids provides the psychoactive and medicinal properties. Many licensed producers in Canada are hiring oil extraction technicians to optimize extraction of key components into oil.

Food science graduates who wish to pursue graduate studies should look into MITACS or NSERC ENGAGE grants and partner up with one of 36 licensed producers in Canada to tackle issues that would benefit the industry. This is a mutually beneficial initiative that provides students with funding and experience in conducting advanced research but also benefits the industry providing them credibility and outreach to academia.

So far, licensed producers such as Tilray and Beleave have partnered up with institutions such as UBC and Ryerson, respectively. Many more are awaiting students to contact them for research opportunities.

The recreational market is still pending in Canada and therefore so is the edibles market. In the United States, companies producing edibles are still by all means small in staff size.

Jobs are limited but if you have an entrepreneurial spirit, this could be your time to shine. Develop your skills and knowledge of the marijuana industry and the science behind cannabis and prepare yourself for the inevitable changes to legislation. The key is to anticipate changes in this sector so that when marijuana does become mainstream and sheds its stigma, large food companies will follow consumer demand and will be looking to hire.

These are indeed high times for the marijuana/hemp industries and an exciting time for food scientists. In the coming year, expect many science publications to have dedicated issues on marijuana research and patent offices swarmed with cannabis-infused food products. Marijuana’s $40 billion dollar green rush is upon us and no one’s blowing smoke about it.