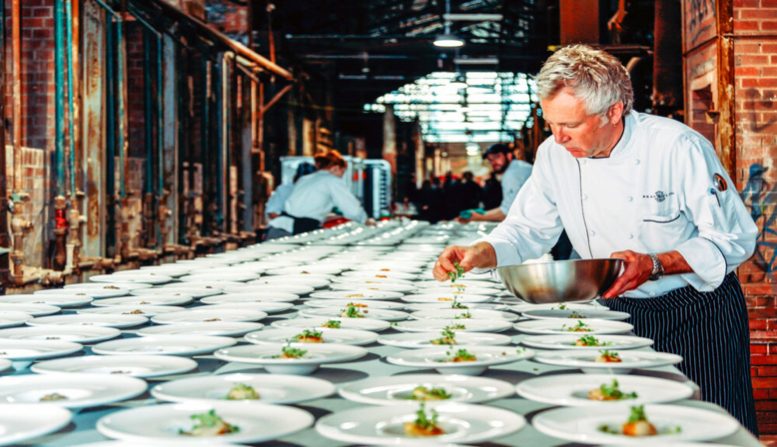 Its been said that chefs are the new Rock Stars.  Huge personalities in this space like Gordon Ramsay, Anthony Bourdain and Giada De Laurentiis make it impossible for food lovers with a flair for cooking to ignore the allure of the kitchen!

Are you graduating soon and looking for real world experience, mentorship and the ability to develop your skills?  We have some major rock stars of our own here in Canada and an exclusive few have partnered with the Canadian Association of Food Service Professionals (CAFP) to deliver a pilot Student Leadership Program that could be perfect for you.

Brad is recognized as one of the top chefs in Canada. His talents are highly acclaimed by some of the country’s toughest food critics.  VQA Restaurant Awards of Excellence and Globe and Mail Top 10 restaurants of the year.

Currently Long is chef and owner of Cafe Belong and Belong Catering. He is a Co-host of the Food Network smash hit Restaurant Makeover and is currently in post-production of a new provocative food documentary.

An active advocate for sustainable farming and ethical treatment of livestock, balancing work and family is vital to Long. When he isn’t creating menus, speaking with farmers or checking the freshness of new produce, he relishes family time with his wife Sheryl and their five children.  Follow Brad on Twitter.

restaurant. Buying directly from farmers was a practice he started at his first restaurant, JOV, before local was even much of a conversation.  Check out Harvest Kitchen to learn more about Owen and ‘The Kitchen’.

Owen has been a member of Slow Food International for over 20 years. For two years, he sat on the Savour Toronto Committee (which promoted all things Toronto). Most recently he was awarded a $250,000 grant to bring a canning process for local produce to George Brown College.  Follow Owen on Twitter.

Chef Tawfik was born in Egypt and raised in Canada, his interest in a culinary career began with his mother’s passion for food. He began his education at the Cordon Bleu in Ottawa and then undertook an apprenticeship at Scaramouche in Toronto while completing the Chef Apprentice Programme at George Brown College.

Chef Tawfik brings over 20 years of professional culinary experience to his role at The International Centre. Chef Tawfik acquired his broad and distinctive culinary experience at many of the world’s finest establishments including Winston’s, Scaramouche, Auberge du Pommier, Boba to name a few. Voted one of the ‘Top Ten New Chefs in Canada’ by enRoute Magazine and with appearances on numerous episodes of the Food Network Canada, CBC, and SUN TV, Chef Tawfik is at the forefront of today’s culinary experience.  Follow Tawfik on Twitter.

Cooking since he was 14, the 44-year-old chef spent years managing kitchens in Nyons and Rhone

before moving to Toronto six years ago after falling in love with the city during a visit here with a friend.

When he arrived he was sous chef to Didier Leory at his restaurant, Didier, and after that spent three years cooking with Jean-Jacques Texier, the original owner of Batifole, before becoming the head chef at Papillon on Front. When Texier decided to sell his baby, Geffroy took the opportunity and has been running the restaurant since October 2013.  Check out Pascal on Faceook.

Check out the details and how to apply here.  Do you have a question about the program? Please send an email, we’d be happy to answer it.