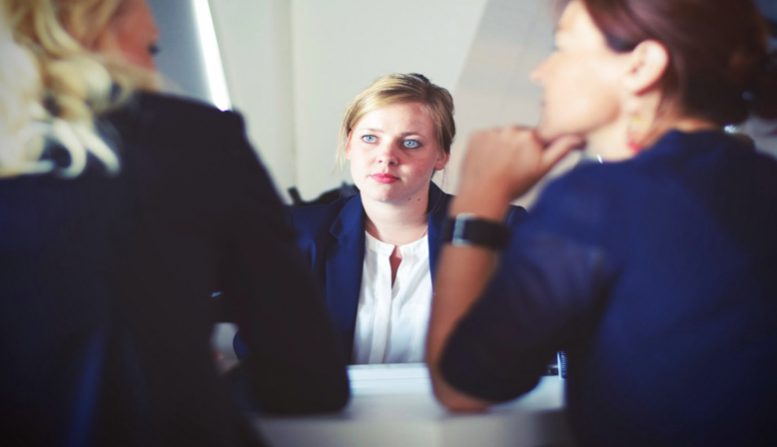 4 Interview Tips: The Art of Listening In An Interview

The majority of people listen to respond, but they don’t actually listen. How would you rate your listening skills?  Be honest, it’s a question I have asked myself countless times and a skill I work on daily.

Recently I was in a meeting, 3 of us in total, and I found myself actively concentrating on listening to the person speaking and the other person’s responses.  I was listening to truly understand what they were saying and to learn something new–honing the skill of listening well–I was listening, but my mind wondered.

Do I really understand the subject matter?  Could I relay this information to someone else, hence proving I understood it and not just hearing the words?  Can I add value to this conversation?  Jeez , these people are REALLY smart! What should I ask or add?  Is this place haunted (believe it or not)?

How can I steer this conversation towards a direction I feel comfortable with and can contribute?  Was I truly listening all this time?  I think I was; I was certainly trying to.  Bottom line, listening skills are just that’s a skill.  It takes practice, practice, practice until you are a great listener, and it comes easier to some than others.

When you talk, you are only repeating what you already know. But if you listen, you may learn something new – Dalai Lama

Let me tell you a story about an interview…

I’ve spent 8+ years interviewing people and I would like to share the worst experience I had regarding someone else’s listening skills (or lack thereof).Â  Hopefully it is something you can remember and take with you into an interview but also a life skill.

I was recruiting for a position and invited a candidate to interview at my office, we’ll call him Jack.  Jack was very friendly and presented very well.  He had clearly taken the time to make a good first impression wearing a very nice suit and polished shoes.  This may sound old fashioned or irrelevant to the ability to do the job, but trust me when I say appearance goes a long way.

Jack was very friendly and made lots of eye contact. So far, so good.  I was impressed.  We got the usual pleasantries out the way and Jack was making a great first impression.

“Why are you motivated to make a move right now?” and he answered that he was unhappy where he currently was due to management and lack of appreciation for his efforts.  I received the answer to my question, but Jack didn’t stop talking.

The issue was I didn’t ask him to justify his reasoning; I simply asked the initial question.  Not only was he over sharing about his boss but the conversation was going in a direction that was irrelevant to the task at hand.  I didn’t ask for examples of situations where he felt his boss was mismanaging.

“Based on the job description, before I tell you more about the role, why do you think you would be a good fit?”  Jack proceeded to share with me how popular he was and well liked.  He went on to say how well he was doing in his current role.  His numbers blew everyone else out the water and his boss should be more grateful for his efforts.

Once again, Jack did not really listen to my question; I never asked him how he was performing in his current role.  I asked about the role I was recruiting for.  The fact that he came across as braggadocios (thank’s Trump!) as opposed to confident is another story.

Any of these options would answer my question.  If he had done this but was unsure if he provided enough information, he could have asked me directly “do you want me to continue or have I answered your question fully” to which I could respond honestly.

The difference between ‘hearing’ and listening

The interview was not going well.  Each time I asked a question the impression I got was that Jack wanted to tell me what he wanted to tell me, what he thought I should know as opposed to answering the questions I was asking.

Once more, I was glazing over.  I was doing this on purpose, as a social cue that I hoped he would pick up on.  He didn’t.  The more I nodded and looked down at my page to move on, the more he spoke and continued to share information that I didn’t ask for.

Perhaps Jack was simply answering to the best of his ability, maybe he was actually struggling? As an interview progresses the questions can get harder and harder.  The problem was we hadn’t even got into the weeds–these questions were easy–it was his listening skills that lead to him bombing the interview.

Jack started off great, I was excited to meet him and had high hopes, but he simply wasn’t listening to a word I was saying.  He walked into the interview with an agenda of everything he wanted to tell me.

What makes matters worse, in my experience somebody with poor listen skills will unfortunately walk away believing they rocked it (and its hard to give them feedback because they don’t listen!)

4 ways to listen well in an interview

Your ability to demonstrate listening skills during the interview provides enormous insight into how you would conduct yourself once hired.

Are you going to walk around telling people what you already know or are you going to listen to your coworkers? Here’s the thing, you can’t successfully fake good listening skills, you either have them or you don’t.  The good news is you can practice listening and improve that skill.

If you have any advice to impart or stories to share about listening, whatever your perspective, we’d love to hear from you.